Some of my favorite birding areas in the entire state of Virginia are on the coast: Virginia Beach and Northampton and Accomack Counties on the Eastern Shore.  Back Bay NWR, Pleasure House Point, Eastern Shore of Virginia NWR, Magothy Bay Natural Area Preserve, Kiptopeke State Park and Chincoteague NWR are some of the best spots.  My friends and I have done a January Eastern Shore and Virginia Beach birding trip for the last two years, and both times it’s been one of the highlights of my winter.  Another annual birding event that takes place in the region is the Kiptopeke Challenge (KC), which my friend Tucker, my brother and I participated in last year.  The Kiptopeke Challenge is a birding big day that takes place in the Coastal Plain of VA in the height of fall migration and also serves as an important fund raiser for the Coastal Virginia Wildlife Observatory (CVWO). 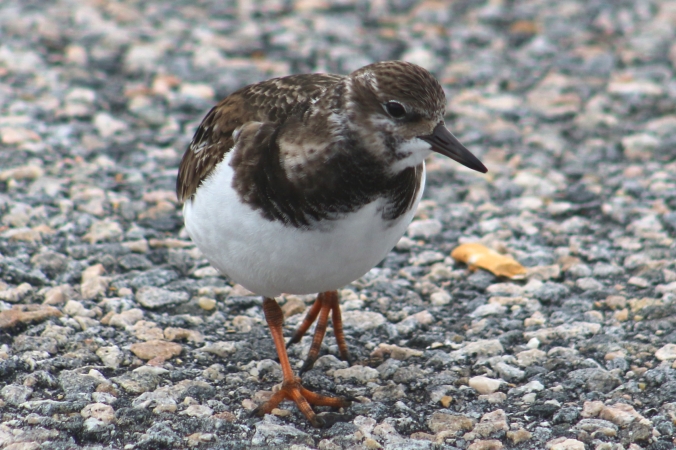 This year — on September 22nd — Tucker and I are excited to be doing the Kiptopeke Challenge as Team Turnstone for the second year in a row.  Not only does the KC offer fantastic birding, but I’m also happy to be raising money for the CVWO because their mission is important to me. The CVWO’s mission is “protecting wildlife through field research, education, and habitat conservation.”  Some of their more well-known research programs include the Kiptopeke Hawkwatch and Baywatch — a survey of migrating water birds, including raptors, gulls and terns, waterfowl and shorebirds.  They also conduct regular shorebird surveys at Craney Island in Portsmouth and Grandview Beach Nature Preserve in Hampton. 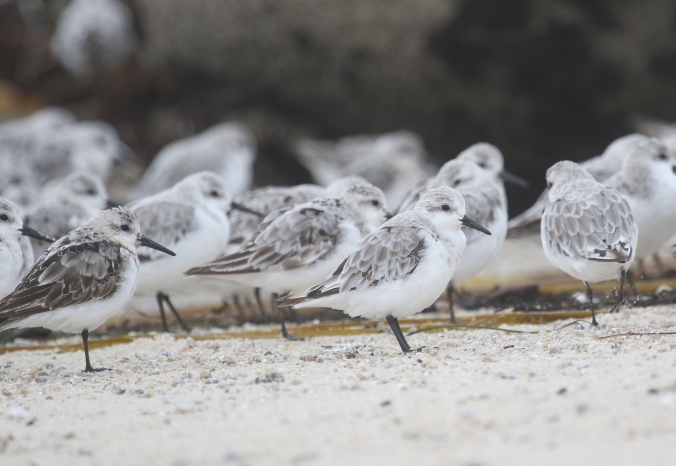 The CVWO’s research, education and conservation projects benefit one of my favorite kinds of birds.  Shorebirds are not only very beautiful and diverse, but also perform awe-inspiring migrations twice each year.  They often sport beautiful plumages, from the stunning plumes of breeding male ruffs to the subtler but still striking buffy orange color of a non-breeding marbled godwit or buff-breasted sandpiper.  They also come in many different sizes, from the tiny least sandpiper up to humongous curlews, godwits and oystercatchers. Many species of shorebirds fly incredibly long distances each spring and fall, some moving from breeding grounds in the Arctic all the way to South America.  The greater yellowlegs, for instance, breeds in Canada and winters as far south as Argentina and Chile.

Shorebird habitat conservation is critically important. Shorebirds need places they can safely stop to rest and refuel during their migrations.  Lower Northampton County on the Eastern Shore of Virginia is one such stopover location where birds rest before making the potentially dangerous crossing of the Chessapeake Bay.   Further, as CVWO states on their webpage, the area, “represents a significant stopover bottleneck for millions of landbirds migrating along the Atlantic Coast [with habitats] essential to their survival.”  Preserving coastal habitats not only helps birds but is also important for a resilient coastline, protecting against severe weather and flooding.

Please help CVWO continue its important research and conservation efforts and support our KC team, Team Turnstone, by donating here. All money raised will go directly to the CVWO.  If you can’t donate, please share this post.  Thank you!